Located in Jing’an, Shanghai on a tree lined street, Tribeca is a New York style gastro pub. The interior has a lightness and a freshness, which is a departure from the surrounding dark and industrial bars and restaurants.

Linehouse wanted to create a strong distinction between the existing and the new; a white datum was inserted into the space which operates as a shelf for display at high level and wraps the bar with a perimeter of shadow less bulbs suspended below. This new insertion contrasts to the existing concrete shell, which was left in its raw state.

This white canopy is cut in moments above table leaners, to create framed moments to the ceiling above. Contained within this white envelope are mirror and bronze insertions, which create a sense of voyeurism and festivity with the mirror bulbs infinitely reflected upon their surfaces.

The centralised bar floats within the perimeter insertion, composed of stacked light wood logs, with a bronze and black metal shelving apparatus suspended above. The white canopy extends to the exterior, framing the entrance into the restaurant, with exterior seating upon the terrace. 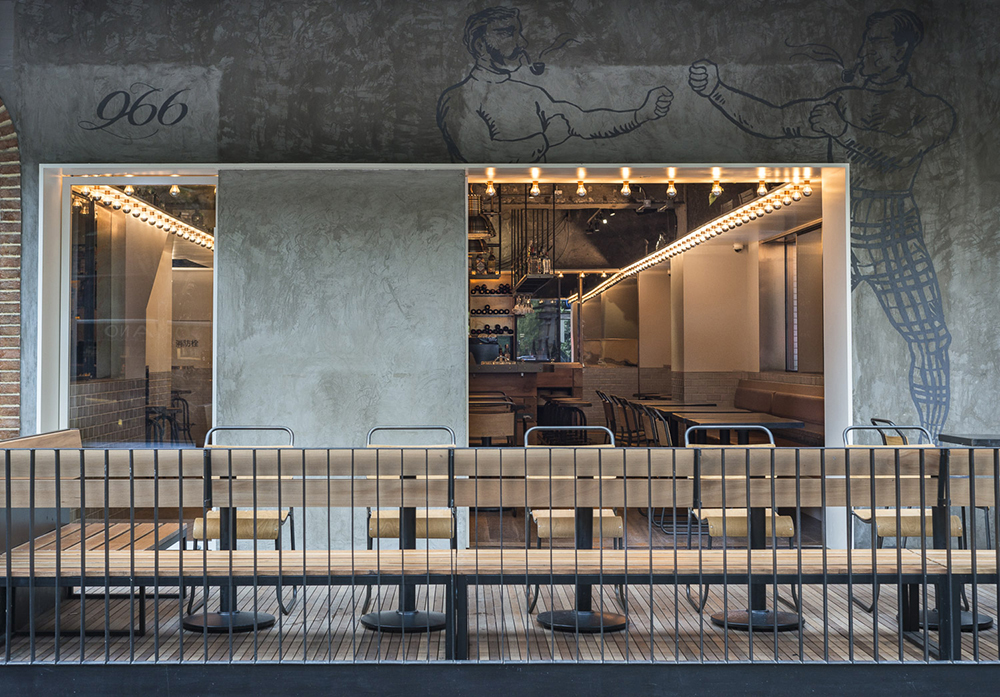 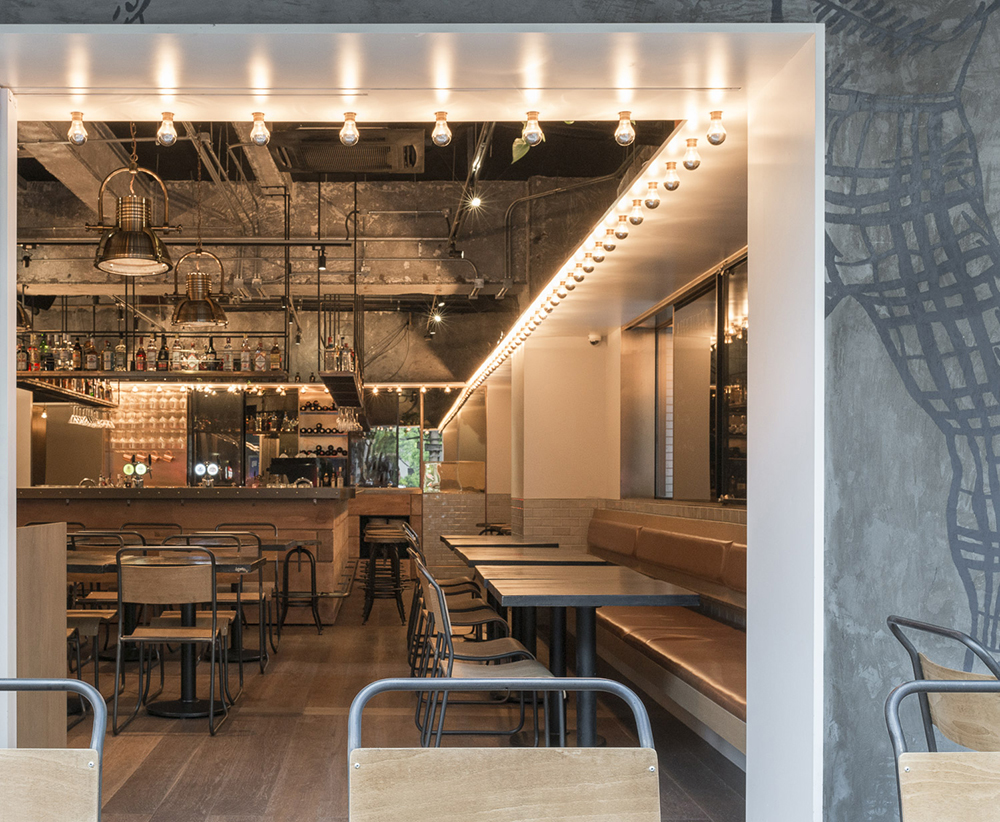 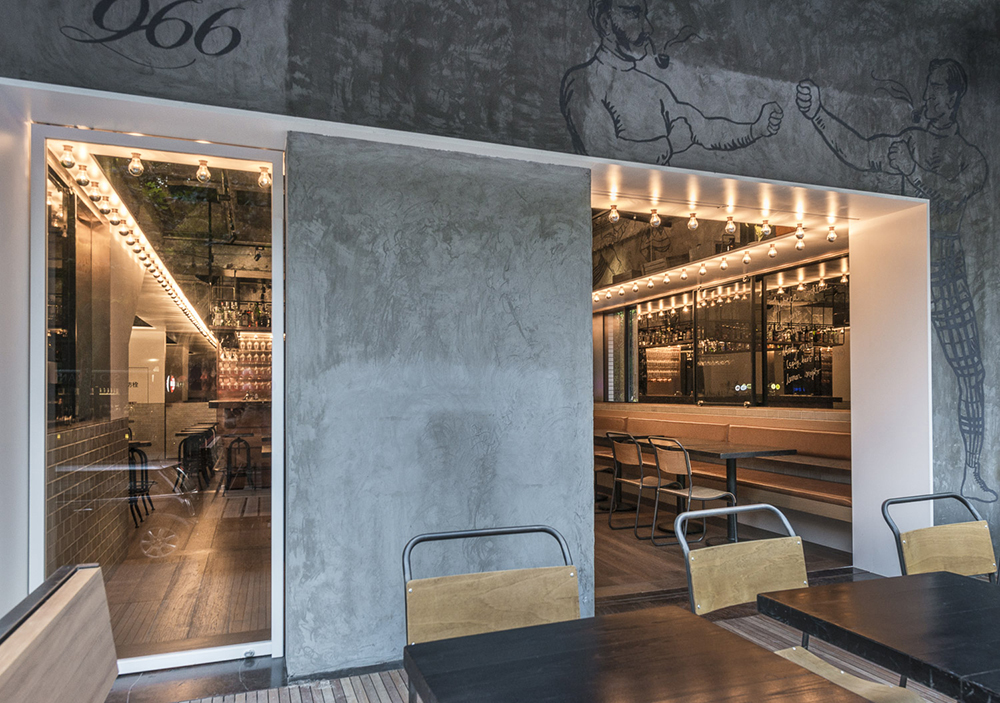 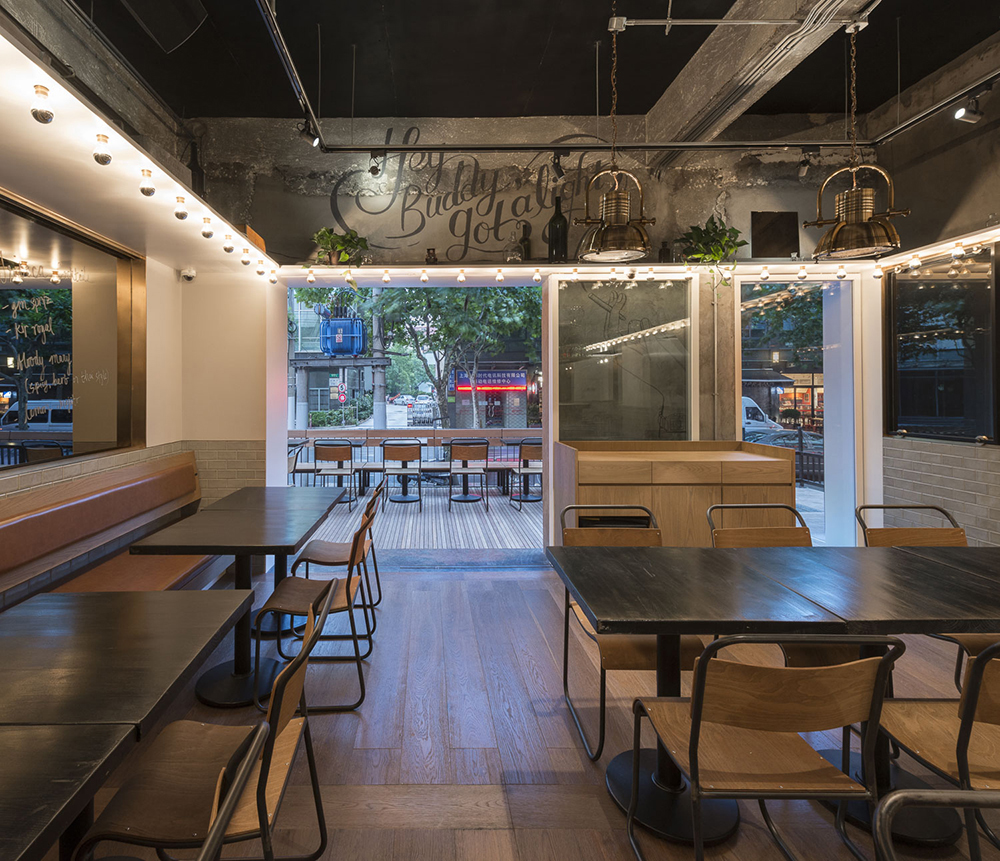 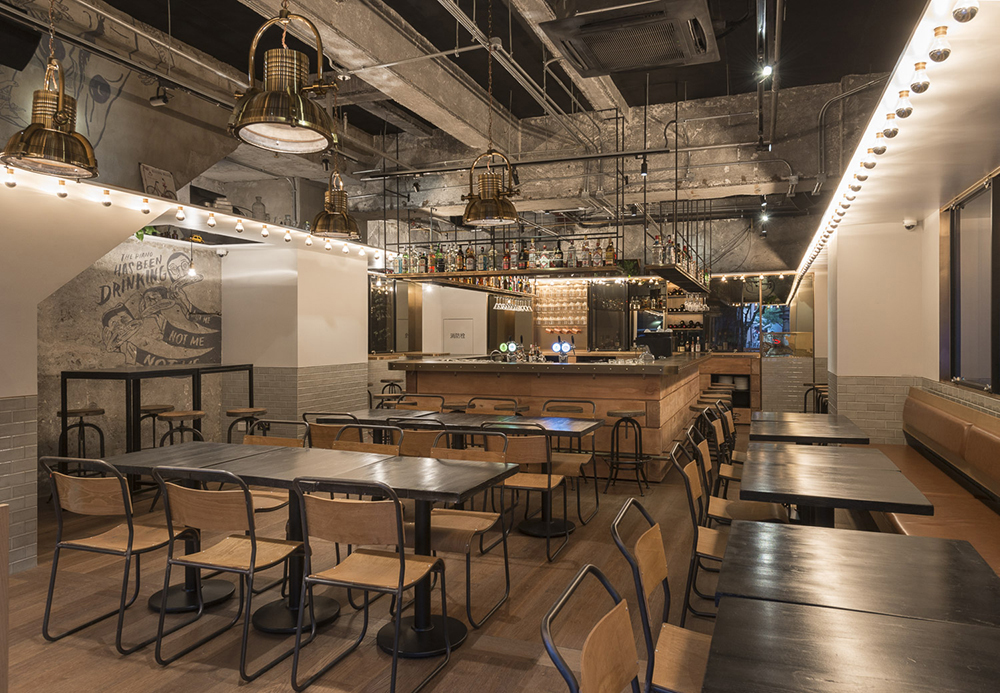 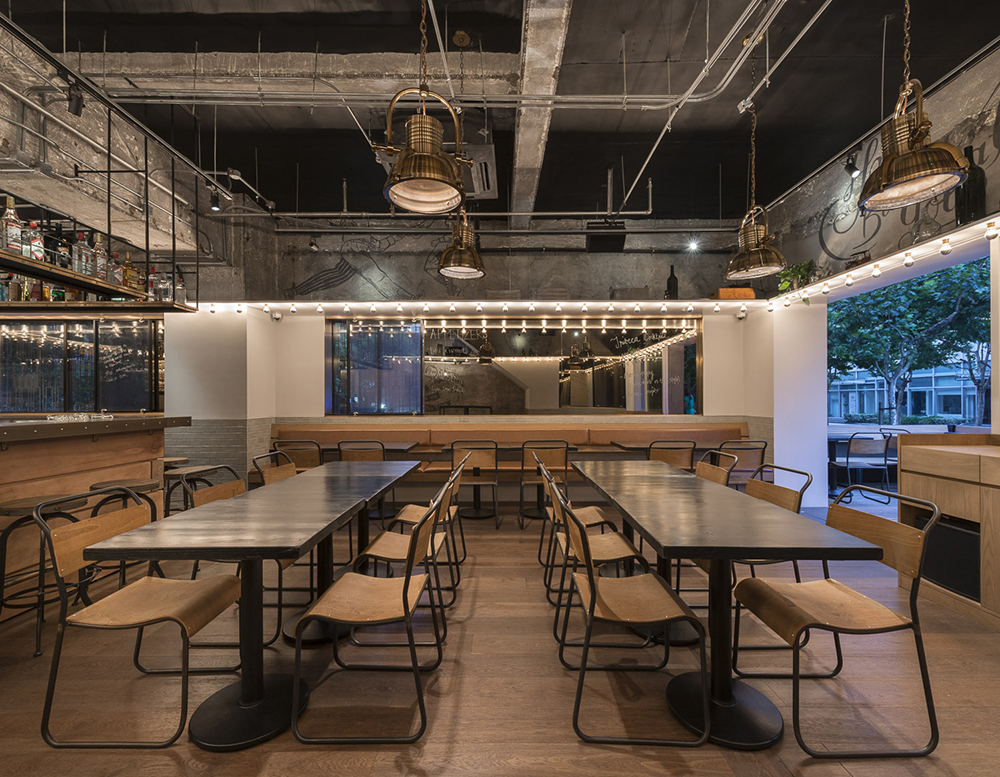 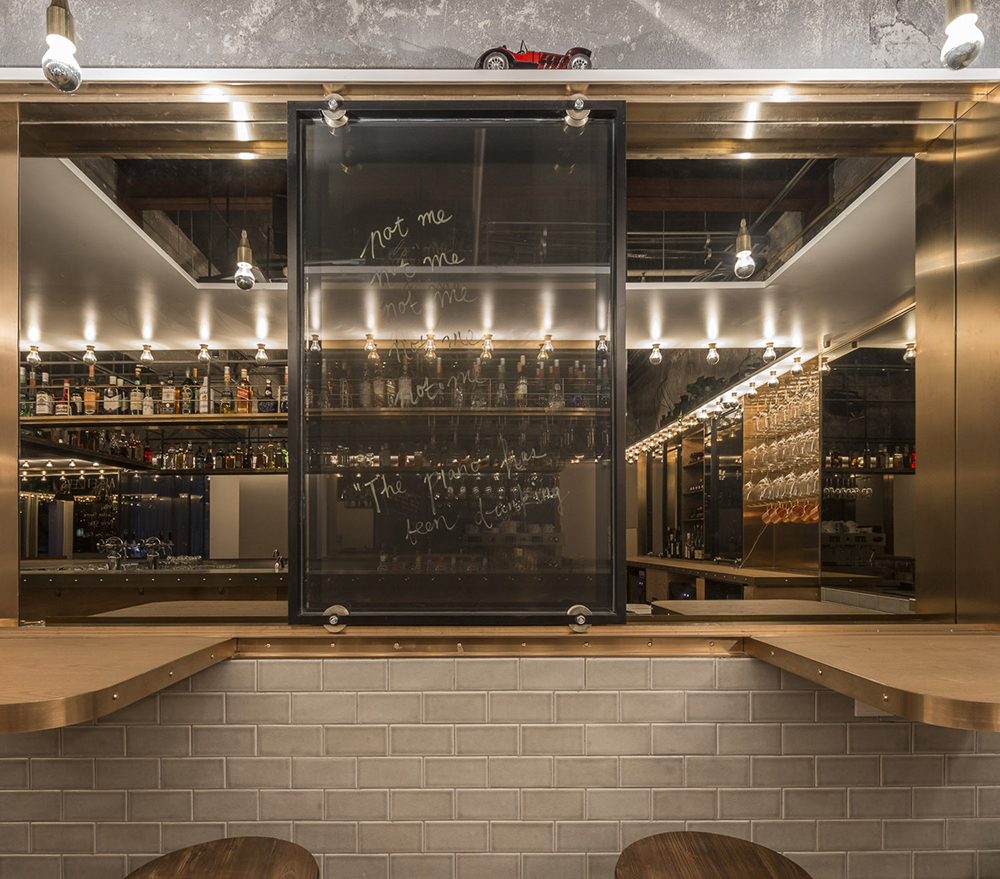 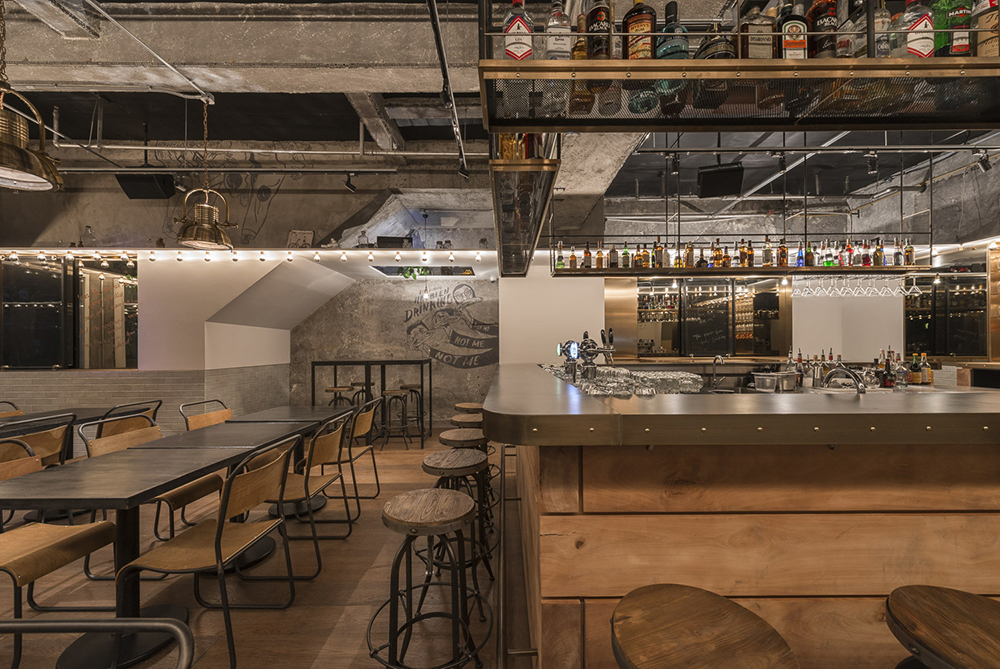 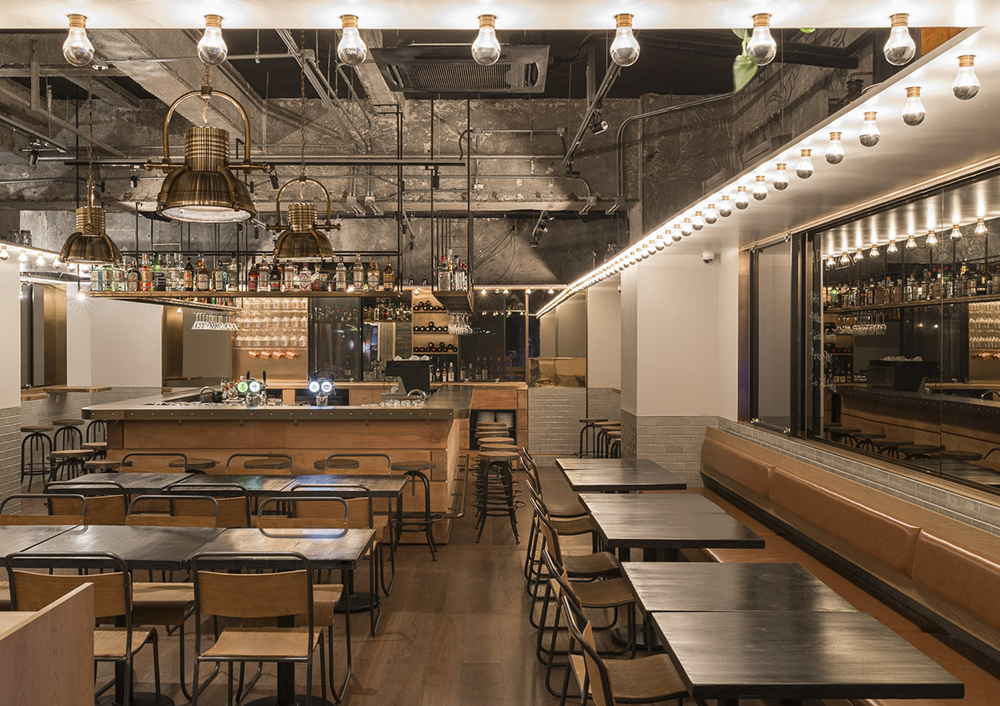 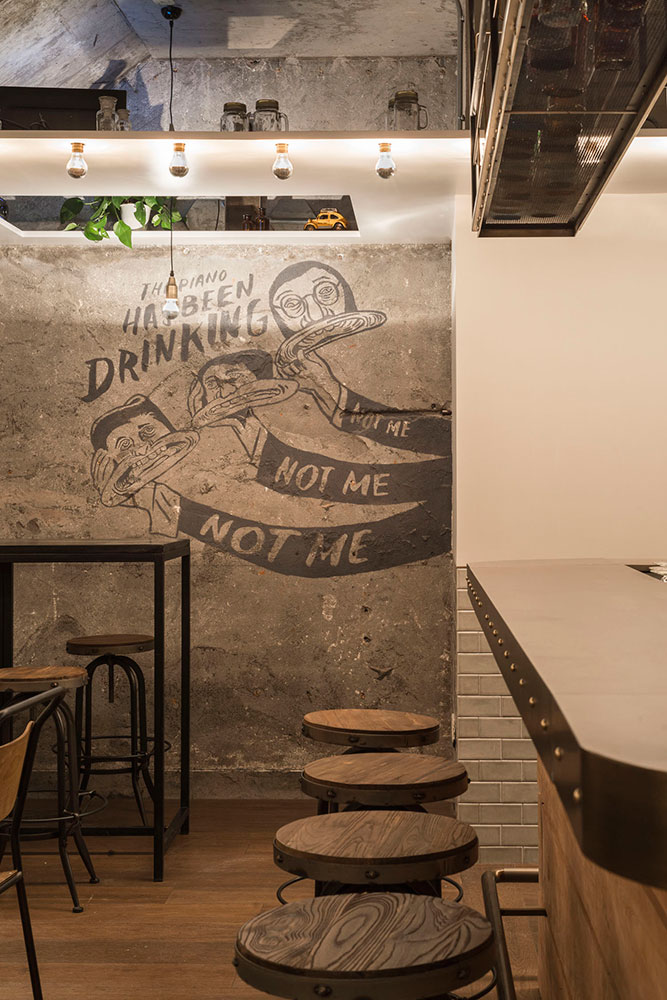